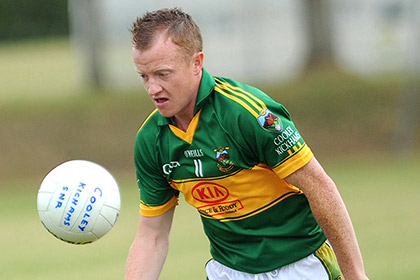 Cooley Kickhams are situated in the northern end of County Louth at the foot of the beautiful Cooley Mountains and within walking distance of the picturesque village of Carlingford. Our grounds which are known as Fr. Mc Evoy Park were officially opened in 1969 which included a full size playing pitch with changing rooms, referees facilities and Clubrooms.

Cooley Kickhams opened a new Sports Complex in 1988 within the grounds which boasted a playing arena with a viewing balcony, 2 additional changing rooms, a kitchen and meeting rooms.

In 1997 the Club were the first in the county to install floodlights on their full size playing pitch and these were officially switched on by the President of the GAA of that time Jack Boothman.

In 2003 the Club embarked on an ambitious 3 phase plan of constructing an all-weather playing facility, an expansive extension to the existing complex and acquiring more green grass area.