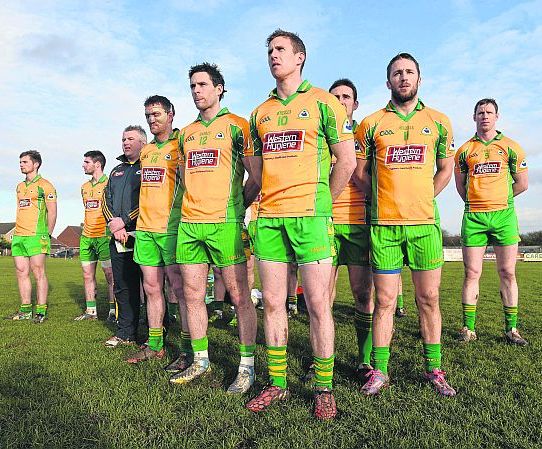 Corofin GAA is a Gaelic Athletic Association club based in Corofin, County Galway, Ireland. The club serves the two parishes of Cummer and Kilmoylan and Belclare.

Corofin are the 2019-20 All-Ireland Club Champions, after winning their third-successive All-Ireland Senior Club Football Championship final by defeating Kilcoo of Down in January 2020.

Corofin won the 2019 Galway Senior Football Championship, defeating Tuam Stars in a replay on a scoreline of 11 points to 8 points. This win allowed the club to become the third club to win seven Galway senior football championship titles in a row (2013 to 2019).

In 2019, the club won their second successive All-Ireland Senior Club Football Championship, defeating Dr Crokes in the 2018/19 All-Ireland Club Championship final on a scoreline of 2-16 to 10 points.

In 2020, Corofin became the first GAA club team (in either hurling or football) to win three back-to-back All-Ireland club titles, beating Kilcoo after extra-time in the 2019/20 final.

Later that year, Mountbellew-Moylough defeated Corofin in the county semi-final at Pearse Stadium, the club's first Galway SFC loss in 49 games going back to 2012.