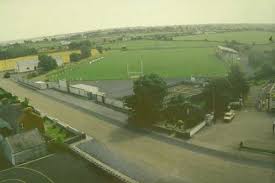 Corofin GAA is a Gaelic Athletic Association club located in the village of Corofin, County Clare in Ireland. The club field teams in hurling and Gaelic Football.

Corofin GAA club also has a website which you can visit by going to www.corofin.clare.gaa.ie and you can find all the latest news, player profiles, results of all games, team management, photo gallery, history of the club and much more.