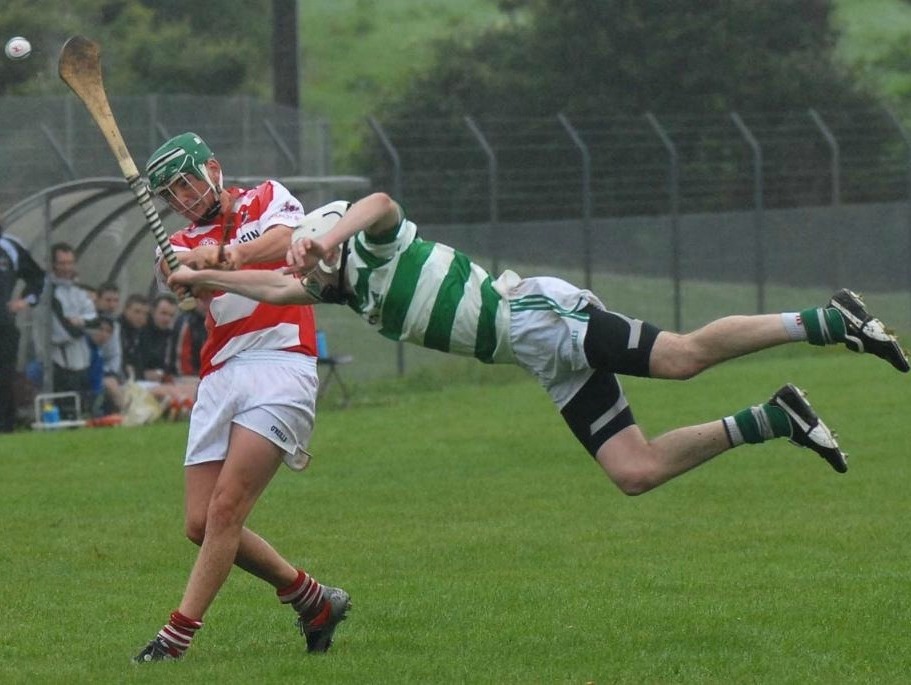 Gaelic Athletic Association club based in the villages of Ballinspittle and Ballinadee in County Cork, Ireland. The club fields both hurling, Gaelic football and camogie teams. It has historically concentrated on hurling.

The club is part of the Carrigdhoun division of Cork competitions. It used to be part of Carbery GAA but moved in the mid-1970s to Carrigdhoun GAA as it felt that it would be offered a higher chance to be able to win county championships, as there are more hurling clubs in the south-east division.

Gaelic games in Courcey's date back to the foundations of the Association itself and beyond, but up until the 1940s there were various clubs scattered in the parish ( Old Head, Kilcolman, Old Blues, Castlepark) and then two clubs in the parish from Ballinspittle and Ballinadee. Courcey Rovers GAA Club was founded in 1947 when the Ballinspittle and Ballinadee clubs agreed to merge to form one single club.

Perhaps the most famous member of Courcey Rovers is Jim O'Regan. O'Regan is widely regarded as one of Cork's greatest hurlers. He has been repeatedly voted onto teams made up of the sport's greats, including at centre-back on the Cork Hurling Team of the Century.