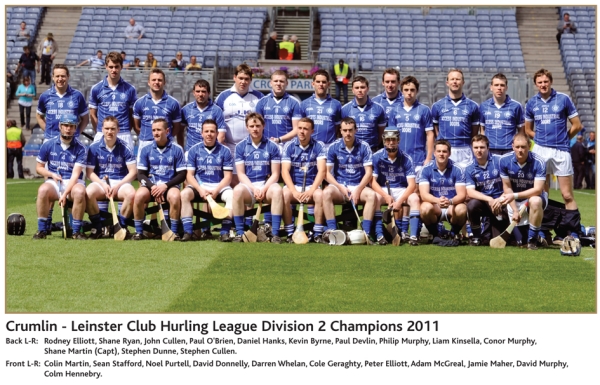 Crumlin Independents were set up in the early 1900s and lasted until 1935. St. Agness Football Club was set up in 1932, to be followed by St. Columbas Hurling Club in 1945. These two clubs catered for their respective games until the end of 1969, when they amalgamated to form Crumlin Hurling and Football Club. In late 1979 a new addition to the club took place when it was joined by Cúchulainn Camogie Club, which had operated in the area since 1967. In 2007 the Club was renamed Crumlin GAA Club.

Club playing pitches are located in Willie Pearse Park in Crumlin Village, and the clubhouse, which was opened in 1983 is located at Lorcan O'Toole Park.

The club were Leinster Senior Club Hurling Championship Winners in 1979.

Brian McMahon from Crumlin was, in 1990, the last Dublin hurler to get an All Star award until Alan McCrabbe was awarded an All Star in 2009.