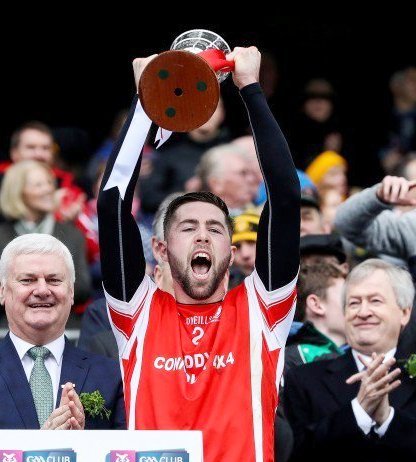 Dublin GAA club based in a sports and social centre in Dalkey which is situated in the south of Dublin. Cuala has playing facilities in Dalkey, Glenageary, Meadow Vale/Clonkeen Park, Shankill and Sallynoggin

The club name derives from Cualu or Cuala, an ancient kingdom of Ireland that stretched roughly from the Liffey to Arklow.

Notable Players from the club include -
Mick Holden, represented Dublin at all levels both hurling and football, 1983 Senior All-Ireland football winner
Michael Fitzsimons, member of the Dublin teams that won the All-Ireland Championship in 2011, 2013 and 2015
David Treacy, Paul Schutte, Oisin Gough, Cian O'Callaghan, Colm Cronin and Darragh O'Connell have all represented Dublin in recent years.
In 2015 Mark Schutte became the club's first ever All-Star nominee. Con O'Callaghan, as well as being an outstanding hurler, has won three All Stars in football.

In 2016 Cuala completed two in a row in Dublin then went to also claim back to back Leinster titles when defeating O'Loughlin Gaels of Kilkenny. In the All Ireland semi final they had too much for Slaughtneil and headed into the final as slight favourites against Clare and Munster champions Ballyea. Cuala cemented their place as the strongest club side in Ireland by defeating Ballyea on a scoreline of 2-19 to 1-10. They put All Irelands back-to-back by beating Na Piarsaigh of Limerick in 2018.