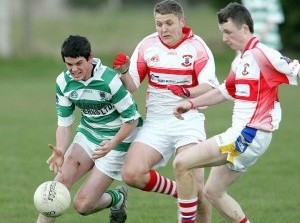 The club takes its name from St. Stephens De La Salle National School in Patrick Street and previous to the current club being established, fielded a hurling team under the name of St. Stephens. St. Stephens won 2 Senior County Hurling Championships, 1913 and 1914.

In recent years the club has concentrated on developing juvenile players and now has one of the biggest under age setups in the South East of Ireland. The club has produced many Senior Inter County hurlers in the last few years such as John Mullane, Johnny and Stephen Brenner, Kevin Moran, Bryan Phelan and Derek McGrath. The club has also won numerous under age County titles in Hurling and Football as well as All Ireland Feile (Under 14 Championships) in both codes.