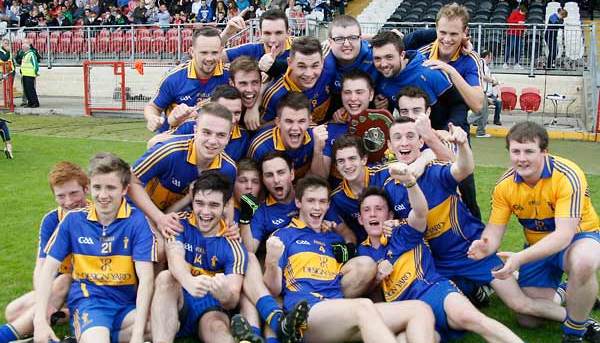 Gaelic Athletic Association club based in the village of Donaghmore in County Tyrone, Northern Ireland. They play in blue and gold colours.

In 1903, a small group of men, led by Mr Cathal O'Toole, formed the first Gaelic Football Club in the parish of Donaghmore, otherwise known as "The Young Bucks or the hardy fellas'. It was through the influence of our nearby and great traditional rivals, the then Dungannon Emmetts, that the Donaghmore Club was founded. On St Stephen's night 1903, Donaghmore Éire Óg was formed when a group of people came together, under the guidance of O'Toole. The club was renamed Donaghmore St Patricks in 1944.

The club won the Tyrone senior football title under the name Donaghmore Eire Og in 1927.