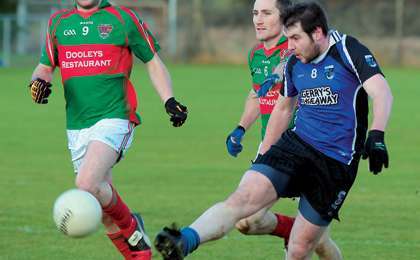 The first mention of a Gaelic football team from the Doohamlet area was as early as 1896 when the Hugh O'Neill's took part in a tournament held in Donaghmoyne. The Democrat reported them to be 'Old and tired' players. In fact there was probably a team even earlier than this as it was reported in the press that a championship match was played on the Sheepwalk in 1889 though not involving Doohamlet. The fact that there was a pitch in the area would suggest that there was a team as well. Gaelic football went into decline in the latter end of the nineteenth century and soccer came to the fore. May 1904 marked the re-emergence of the GAA in Monaghan and Doohamlet fielded a team at Castleblayney sports on the ninth of July 1905.

Doohamlet was represented at the 1906 county convention held on the eleventh of March. This give Doohamlet official status for the first time and heralded their arrival on the Gaelic football scene.