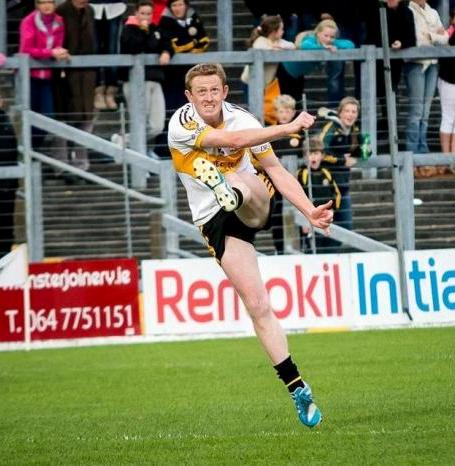 Gooch in action with Dr Crokes

Dr Crokes is a Gaelic football club based in Killarney in County Kerry. Famous players include Colm "Gooch" Cooper and Eoin Brosnan.

Dr Crokes is the only club in Killarney with a hurling team, which has had two notable successes; winning the Kerry Intermediate Hurling Championship in 1999 and 2001.

Pat was also the trainer of Crokes when they captured their second All Ireland title in 2017. In the semi final Dr Crokes beat a highly fancied Corofin side on a scoreline of 2-11 to 0-08. Kieran O'Leary gave an outstanding performance in the full forward line on the day. In the final they saw of an excellent Slaughtneil side, the Derry club making their second final appearance in three seasons.