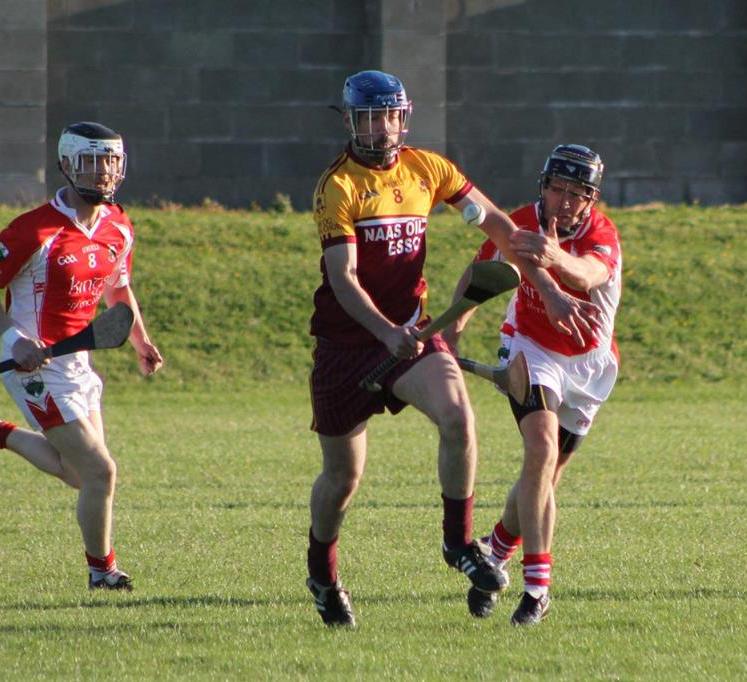 A hurling club based in the parish of Caragh in County Kildare. The parish of Caragh includes the village of Caragh itself, surrounding townlands and Prosperous village which is situated about 3 km north-west from the village. The club is the result of an amalgamation which occurred in 1994 between Eire Og of Caragh and Corrachoill of Prosperous.
Hurling was introduced to Prosperous in the mid 70s. The team played under the name of Caragh and played their home games at St. Farnans Park. Caragh won its first league title in 1983 and in 1984 won their first Junior championship and were also successful in retaining their league title. The hurling club changed its name to Corrachoill hurling club in the mid 80s. The club won its first Intermediate Championship title as Corrachoill in 1988. Corrachoill moved to the playing pitches of the Secondary school in the village in the 90s. The club had considerable underage success in the early 90s with the under 12 team falling to a defeat after a replay against Confey GAA in the Championship and the Under 13 team winning the league.
The amalgamation of both clubs was somewhat controversial in Corrachoill. A portion of the club membership at the time was against it and tried to set up a separate club in Prosperous carrying out underage training at the primary school in Prosperous. Some adult and underage players left the club joining Coill Dubh GAA, Ardclough GAA and Clane GAA with some deciding to turn their backs on the game of hurling altogether. Some of those that left the game of hurling did eventually rejoin their new and old Eire Og-Corrachoill teammates .