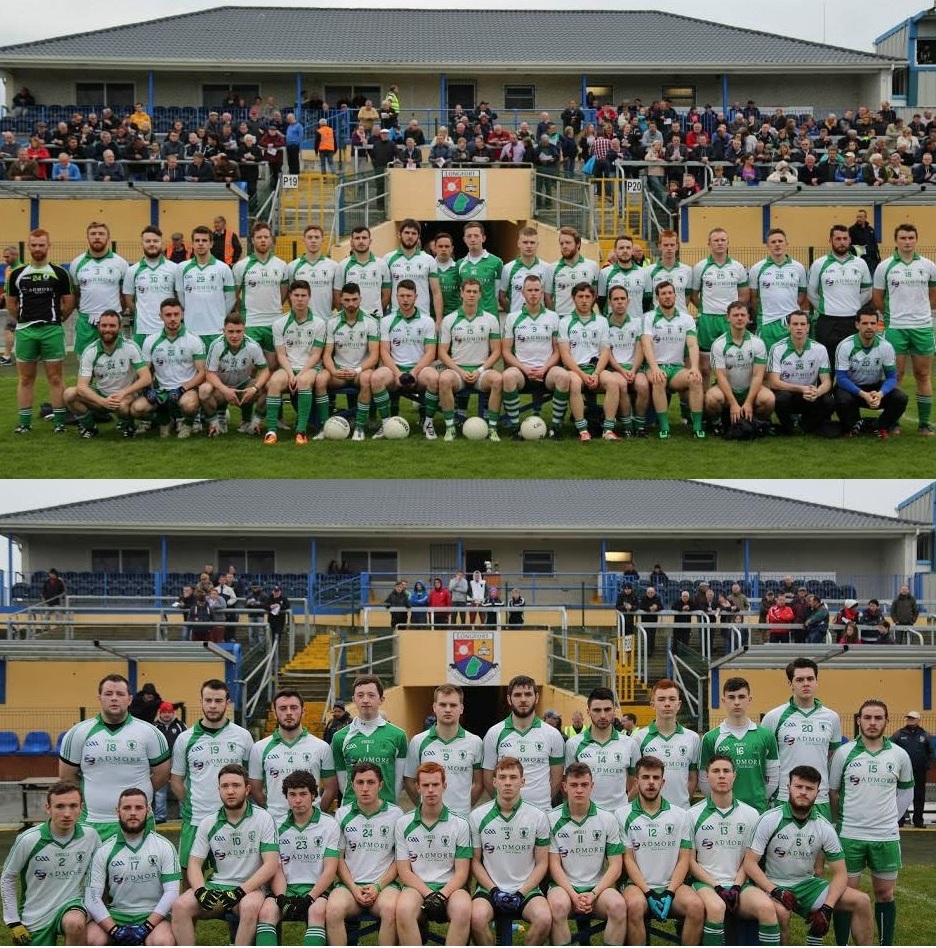 The first GAA club in Killoe was founded in 1889 as Killoe Erins Pride, and while clubs came and went in the parish in those early years, a single unified club bearing the name Killoe Young Emmets emerged in the early 1900's and continues to this day.
Killoe would claim their first football and hurling titles by winning the double in 1907 as Killoe Young Emmets, and held the senior football title for 9 years, between 1907 and 1915.
Killoe's return to senior football in 1958 precipitated a period of prominence that would yield two league titles and a championship. They lost the Leader Cup (senior league) decider to Longford Slashers in 58, though they exacted revenge the following year. The rivalry with Slashers was a particular feature of those years and the town side overcame Killoe in the championship final replay of 1959. When the same sides met again the county final the following year, Killoe reversed the result and claimed their first senior championship in 45 years.
1988 marked the arrival of the McCormack brothers from Clonguish and a new trainer in Dessie Dolan. Success finally came in dramatic circumstances and Killoe would create history by becoming the first club to win both the Senior Championship and Junior Championship in the same year. In 1995 with Tommy McCormack still at the helm, the Young Emmets showed fine spirit in capturing the Senior Championship crown for the eight time, after a gruelling championship campaign, they overcame Ardagh in the decider by 0-11 to 1-5. The golden era of the 1980's and 1990's eventually came to an end as the established players succumbed to retirement and left the stage. In recent years however the club have returned to the fore in Longford, winning championships in 2012, 2014, 2015, 2019 and 2020.