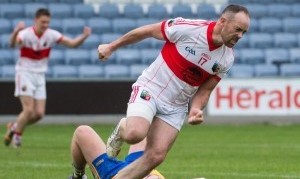 The club was founded in the 1950s and club colours are white with a red hoop.

Emo won their only Laois Senior Football Championship title in 1972 when Paddy Lawlor captained his team to victory over Graiguecullen.