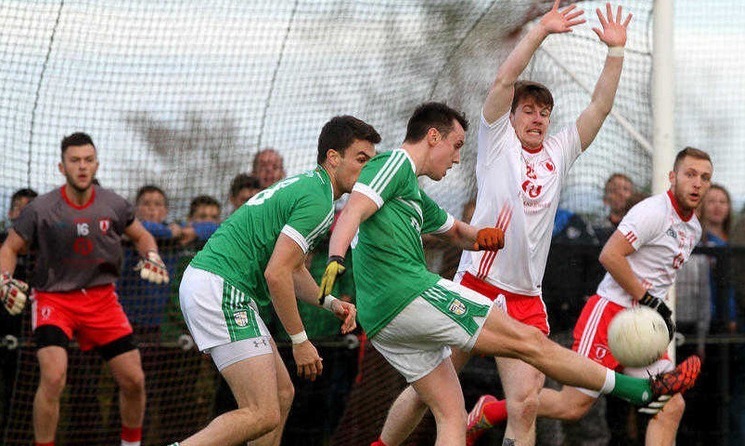 An enthusiastic young curate called Fr. Dan Magennis, shortly after his arrival into the parish of Duneane, founded Erin's Own GAC in 1928. The fresh-faced young priest was to provide the inspiration for the initial structuring of the new unit of Cumann Luthcleas Gael. The name Erin's Own was the suggestion of Mr O'Connor, a schoolteacher working in the area at the time. Mr. O'Connor was to move from the area shortly after the clubs formation. He moved to Lavey Co. Derry, and when a club was formed in that area he was again instrumental in naming it Erin's Own.

Only a few years previous to the formation of Erin's Own, 1923, Lamh Dearg Toome, had won the Antrim Senior Football Championship.

A major development plan is underway which will create a second full size pitch with floodlighting and the installation of an all weather training area. This is the first phase of a development that will also see the erection of additional changing facilities as well as spectator accommodation.