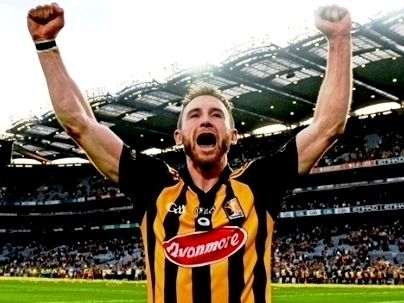 Conor Fogarty of Erins Own Castlecomer

Erin's Own Gaelic Athletic Association was founded in 1885 and since then has been the main sporting organization in the Castlecomer area in County Kilkenny.

Erins Own are one of the most consistent senior clubs in Kilkenny; they are an almost permanent fixture in the senior ranks. As well as fielding consistently strong hurling teams the club is also one of the more prominent Gaelic Football clubs in the county.

With a membership of about 200 adults and about 100 youths the club is in the enviable position of having two properties, the first, The Prince Grounds, in the town, and the second, Canon Kearns Park, on the outskirts of the town, towards Kilkenny.

Current Kilkenny stalwart Conor Fogarty hurls with Erins Own. Many great hurlers have played with the club and gone on to represent the county down through the years. Mick Brennan is just one of these men. Mick was a member of the great Kilkenny team of the 1970's and early 1980's and he won three All Irelands as well as three All Star awards.