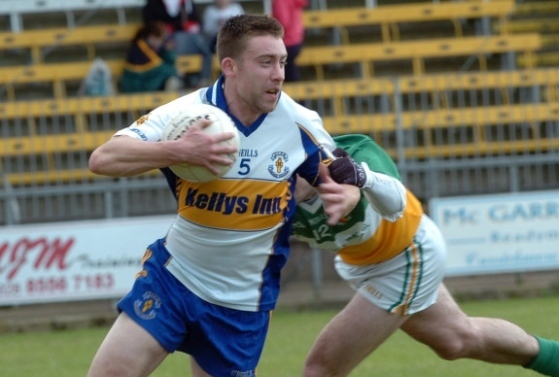 Errigal Ciarán GAC is a Gaelic Athletic Association Gaelic football club in southern County Tyrone. It represents the parish of the same name, which incorporates the village of Ballygawley and its surrounding area. The club was founded in its current guise in 1990, succeeding the Ballygawley St. Ciaran's club which represented the parish from the 1920s until the 1980s.

From 1928 until 1982, the parish of Errigal Ciarán was represented by Ballygawley St. Ciarans, until a dispute arose within the parish, separating certain sections of the community. The club's reformation in 1990 gave rise to an era of unprecedented success over the next two decades, with the club's most recent success coming in 2012 when they captured their 7th Tyrone Senior football championship. The club has also produced many illustrious players, such as Peter Canavan, Enda McGinley and the current Tyrone Manager, Mickey Harte, who started his managerial career guiding Errigal to Ulster Championship success. Errigal Ciaran are the only club team in Tyrone to win the Ulster Senior Club Football Championship, with two championship successes to date, in 1993 and 2002.