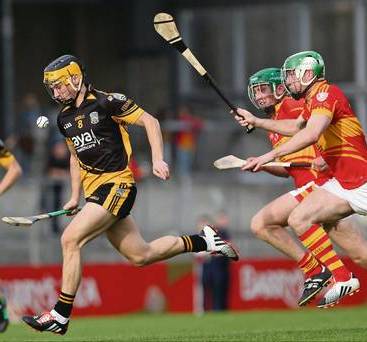 Gaelic Athletic Association club based in the town of Fermoy, Cork, Ireland. The club fields teams in competitions organized by the Cork GAA county board and the Avondhu GAA divisional board. The club plays both Gaelic football and hurling.

As far as can be ascertained, football and hurling have been played in most rural and urban areas in around the border areas of counties Cork, Waterford, Tipperary and in South Limerick for many years before the birth of the GAA as we know it since 1884, so it is safe to assume that football of one form or other was played in and around Fermoy in those times.

The Fermoy club was founded in 1886 at a meeting in the National League Rooms (now called Fermoy Commercial club in ONeill Crowley Quay or present home to the Fermoy Bridge club). Mr Wm Troy was the clubs first Chairman. He was also one of the Munster delegates to the 2nd All-Ireland Congress held in Thurles in 1887, he was elected one of the 1st Vice-Presidents of the GAA National Executive Body.

Clondulane village in the suburbs of Fermoy, was the hub of Fermoy teams at that time, this was due to the large employment available at the Flour Mills which were situated there for many years.

The club's most recent hurling success came in 2014 when they won the Cork Intermediate Championship.