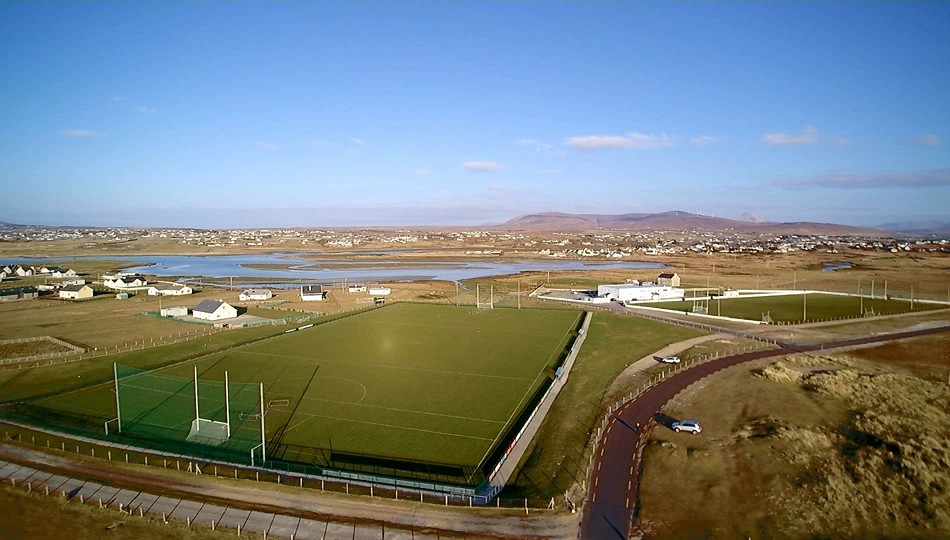 GAA club based in the parish of Gweedore in northwest County Donegal, Republic of Ireland. They are one of the strongholds of Gaelic football in County Donegal. Their home ground is at Machaire Gathlan, and they are currently the most successful club in both the Donegal Senior Football Championship and Comortas Peile na Gaeltachta. Gaoth Dobhair has produced many county footballers over the years and the club's players have been awarded All Stars on 4 occasions: Kevin Cassidy in 2002, and him again in 2011 alongside full-back Neil McGee, who received another one in 2012.

Gaoth Dobhair have won a total of 15 Donegal Senior County Championships. They are also the most successful team in Comortas Peile na Gaeltachta history, with nine wins. The last of their Senior County Championships was won against rivals St Eunan's on 30 September 2006 at Mac Cumhaill Park, Ballybofey. In the summer of 2012, Ghaoth Dobhair won the Donegal and All-Ireland Comortas Peile na Gaeltachta on their own pitch.