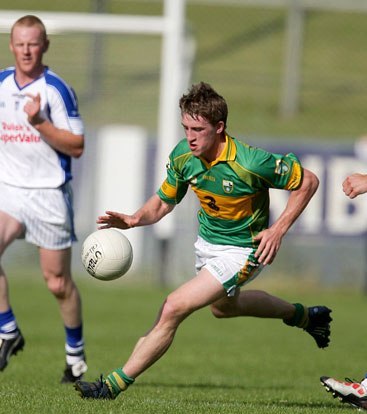 Gaelic Athletic Association club located on the outskirts of Dunmore East. Right through the 1930s and 1940s Gaultier Football Club continued to flourish, even though it failed to get into the ultimate honours arena. In the beginning of the 1950s and in tune with the sweeping under age resurgence taking place in the city, especially the highly successful Juvenile Streets League, Gaultier people turned their attentions more and more in this direction.

In the early 1980s the underage section of the club really took off in a big way, and for the next decade or so, were rarely, if ever out of the limelight. From a rather humble commencement with the winning of the 1983 County Under 14B title, In 1990,Gaultier won the County Under 21A title at the expense of Kilrossanty. Gaultier gained a new status and reputation as an exceptionally talented underage team.

In 1994 the club reached its first ever senior county final, losing to a strong Nire team. It was another proud day in 1996 when both our seniors and minors contested county finals on the same day. While the seniors went down to Rathgormack, the minors went on to claim another title for the club by overcoming Ardmore in a dramatic end to win by just a point.

Unfortunately this golden period wasn't to last and the club was relieved of its senior status after a replay against Ardmore in 2000. For the next few years we struggled to regain our senior status, coming close on a number of times. But 2004 brought back a lot of pride to club when we not only won the county intermediate title but also reached the Munster final where we had to give second best to very strong Carberry Rangers.