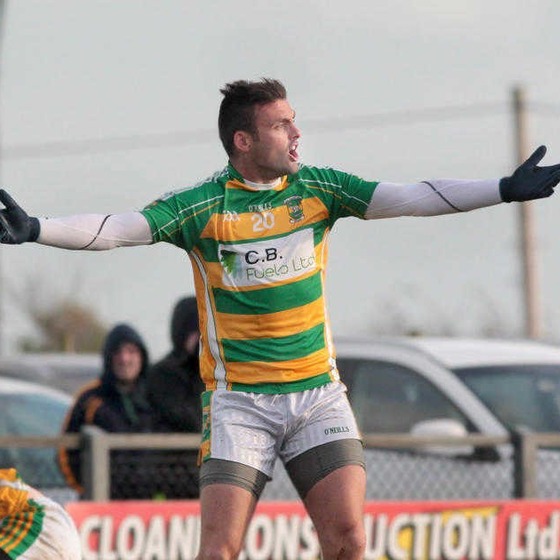 In May 1925 Johnny Mullan (Seán Ó Maoláin), the local school teacher, called a meeting with the aim of establishing a new Gaelic football club in Glenullin. The club decided to name itself after Irish rebel John Mitchel and wore green and white hooped jerseys. The first ever match took place that summer against a team from Randalstown, County Antrim.

Glenullin bought their current pitch in 1973. In 1977 Glenullin defeated Desertmartin to become Derry Intermediate Football Champions. 1985 proved a glory year for Glenullin. They won their first Derry Senior Championship in 58 years by defeating Ballinderry in the final at Dean McGlinchey Park, Ballinascreen. In 2007 they defeated another South Derry "giant", Bellaghy in a replay, this giving them their first Derry Championship success in 22 years. They were managed that year by Liam Bradley, and joint captain with Brian Mullan was his son Paddy. They went on to the provincial semi-final against St Galls, but lost in an out-of-sorts performance from their key players.