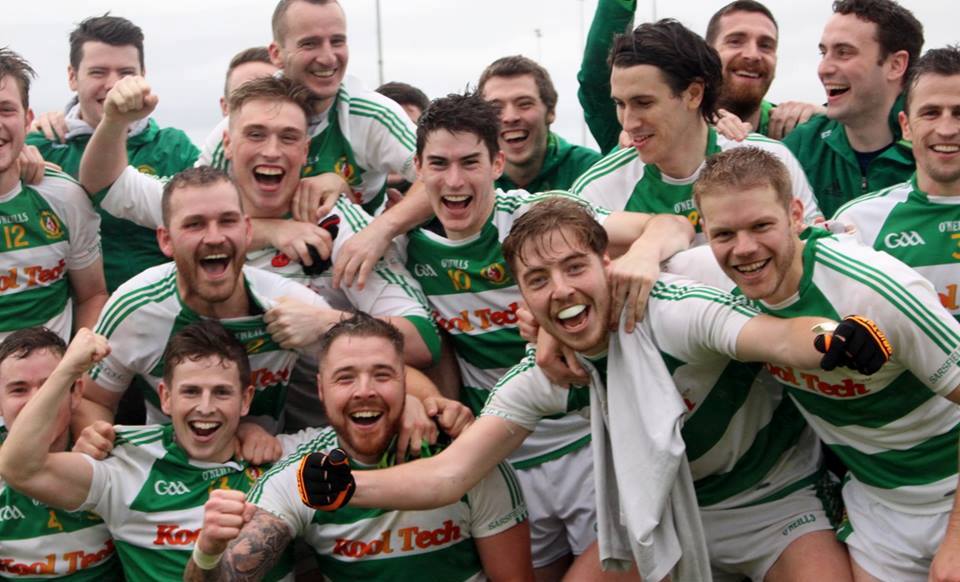 The club was founded in 1926 and its highest achievement to date came in 1990, when it won the county Senior Football Championship, defeating Armagh Harps 0-09 to 0-06. It reached the final again in 1992, losing to Pearse Óg.

In 2007 the Men's Senior team was promoted to Division 2; the Ladies' team also won promotion. This returned the Senior team to Division One of the All-County League. In 2010, in their second season back in Division One, the Sarsfields lifted the Armagh Intermediate Football Championship title. Following a successful run in the IFC against Shane O'Neill's, Keady and Silverbridge, the Hoops defeated South Armagh side Cullaville Blues at Crossmaglen on October 3; Sarsfields 1-15, Cullaville 0-11. Thomas McAlinden struck a goal within the opening 13 seconds of the game, possibly the quickest goal in any Armagh Championship Final. The Atty Hearty cup was lifted by captain Mark Reynolds.