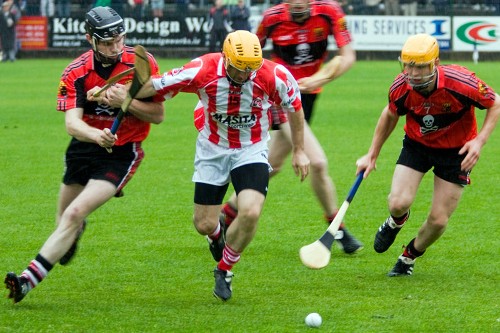 Imokilly GAA is a Gaelic football and Hurling division in the east of Cork.

The division includes towns such as Midleton, Cobh, and Youghal. It is one of eight divisions of Cork County Board. It organizes competitions for the clubs within the division, from Under 12 up to the adult level. The winners of these competitions compete against other divisional champions to determine which club is the county champion. In addition, the division selects football and hurling teams from the adult teams playing at junior level or county intermediate level, and these then compete for the Cork Senior Football Championship and Cork Senior Hurling Championship.

The division is known best for its hurlers, and in recent times, players from here have dominated on the Cork GAA senior hurling team.

In 2017 Imokilly defied long odds to win the Cork Senior hurling championship for the first time in almost 20 years. They beat Bishopstown, UCC, Erins Own, Sarsfields after a replay and then Blackrock in the final. Cork star Seamus Harnedy captained the team and led by example scoring 1-1 in the final to follow up the 2-3 he scored in the semi final. They repeated the feat in 2018 and 2019 to secure an historic three in a row.