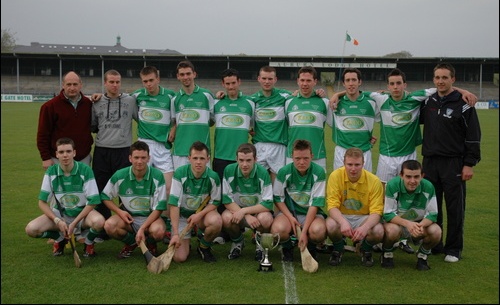 Inagh-Kilnamona GAA is a Gaelic Athletic Association club based in the parish of Inagh and Kilnamona, County Clare. The club field teams in hurling. The present club was formed in 2008 when Inagh GAA and Kilnamona GAA merged to form one club.

The Kilnamona club was set up in 1887. It was originally called Kilnamona/Smith O'Briens, after the nationalist William Smith O'Brien (180364). Kilnamona enjoyed success in the first decade of the 20th century, winning the Clare Senior Hurling Championship in 1902, 1903 and 1908.

Kilnamona amalgamated with Inagh for Juvenile competitions to compete in "A" championships in 2003. They enjoyed spectacular success, winning the Under 16 championship in 2006, the minor title in 2005 and 2008 and the under 21 title in 2007 Clare Under-21 Hurling Championship. In 2007, the Inagh and Kilnamona clubs fully merged.