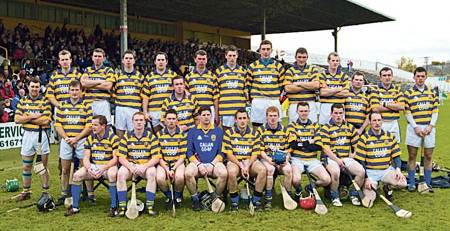 John Locke's GAA is a Gaelic Athletic Association club located in Callan, County Kilkenny. The club was founded in 1889 and almost exclusively fields teams in hurling.

The club is named after poet and Fenian activist John Locke. He was born in Callan in 1847 and was exiled in the United States.

The club have spent most of their existence in either the Junior or Intermediate ranks of Kilkenny hurling, however they won the Intermediate title on three occasions, most recently in 1999. They won their sole senior county title in 1957.

The club's most famous player is former intercounty star John Power. John won 4 All Irelands and 2 All Stars and was included in the Kilkenny team of the century.