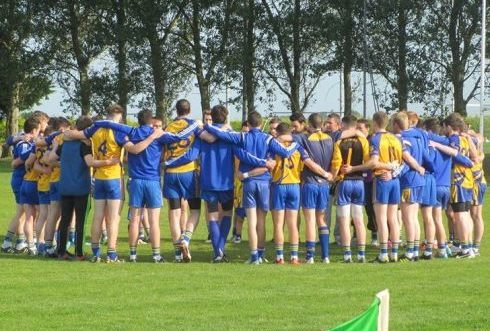 Back in 1887 there had been a Kilkerley team in the area, in 1888 the team was known as Kilkerley Michael O'Dwyers, in 1902 the name changed to Kilkerley Gavin Duffy's and later to Kilkerley Rovers. From 1934 to 1939 it was under the name St Patrick's, but that team went out of existence at the end of 1937 season. Emmets were then formed in 1940 and unsuccessfully contested the second division championship final in 1941, but had not long to wait on success as they won both league and championship in 1942 and promotion to junior grade.

2016 saw the club operate at senior league and championship level for the 38th consecutive year except for the year 2002 and 2015. The club has supplied players at all levels to county teams down the years and a number of players represented the club at interprovincial Railway Cup level. The club have underage teams at all levels from U-7 upwards and also has a ladies team who have contested the county junior finals of 2012, 2013, 2014. Presently the 8k walking/running track around the perimeter of the two playing pitches is in constant use.