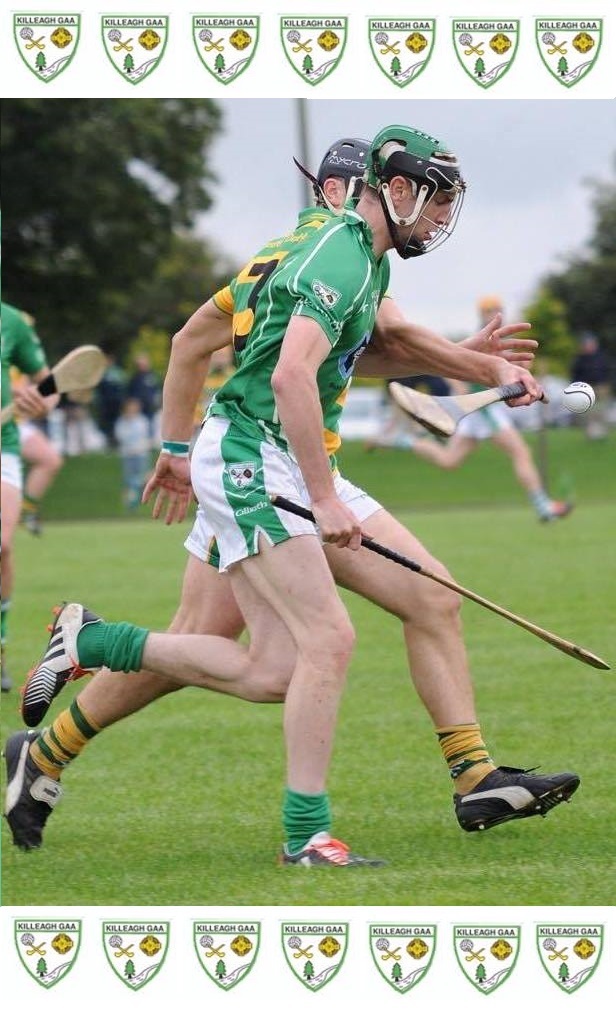 Killeagh GAA club is a Hurling and Gaelic football club located in the small village of Killeagh in east County Cork. The club is affiliated with the East Cork division of Imokilly and the Cork county board.Hurling and Gaelic football was played in the parish of Killeagh long before the foundation of the GAA in 1884.The first game that the great Jamesy Kelleher of Dungourney played was in 1892 in Dangan field in the parish of Killeagh. At that time Killeagh did not have a team of their own, so those who did hurl played with that all conquering Dungourney team of the early years of the last century. Gerry 'Stonewall' Desmond played in defence for Dungourney in the All-Ireland final of 1902 which Dungourney won. Another Killeagh man on that Dungourney team was Tom 0' Mahony who lived in Park. Tom is a relative of one of today's Cork stars Joe Deane as well as being related to a star of yester-year Seanie 0' Leary.

In the early years of the twentieth century football proved to be more popular than hurling and the club affiliated to the newly formed East Cork board in 1925. Killeagh had to wait until 1948 before it contested its first East Cork final which was in the B Grade. Nine years later Killeagh contested the East Cork Junior A hurling title for the first time but had to give best to a strong St. Catherines combination. Ten years later in 1967 the club's wait was over when great rivals Castlemartyr were defeated in the East Cork final after a replay. That year Killeagh also contested the A football final for the first time but were defeated. Further hurling titles followed in 1970 and '71 but the rest of the seventies because of the breakup of that team, proved to be lean years.

With that great clubman Tommy Seward restructuring the juvenile club at the end of the seventies Killeagh won its first county title in 1981 by defeating Bandon in the final at Caherlag. In a glorious spell in the eighties county titles were won at every grade from U12 to minor. Killeagh won back the Jamesy Kelleher Cup in 1988 and after enduring final defeats in '93 and '94 won the title again in '95 - the year when the county was also won by defeating Ballinhassig in a thrilling final.

Killeagh competed in the Intermediate grade in 1996 and contested a league ('96) and championship decider ('98) but were defeated on both occasions. They won the All Ireland Junior 7's title in 1996. A proud moment in the history of the club came in 1999 when Mark Landers captained Cork to win the Liam McCarthy Cup and had as his team mates Joe Deane and subkeeper Bernard Rochford. Killeagh were crowned Cork Intermediate Hurling Championship winners when defeating Mallow in a replayed final at Páirc Uí Chaoimh in the autumn of 2001.