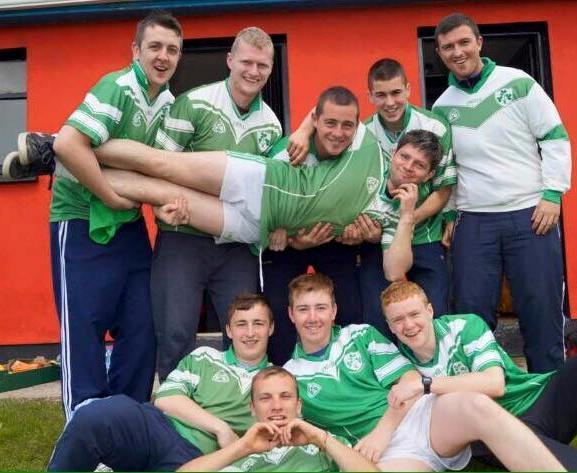 Kilrush Shamrocks GAA club was founded in 1886 under the patronage of Revd. Dr. Dinan PP. Prior to 1900 the club was known as the "Shannon Sweepers". Competitive street leagues provided the basis for a first senior county championship title in 1902. The Shamrocks have gone on to record a total of 21 county titles. The 1930s, 1950s and early 1960s were very successful years for the club, with the club reaching its greatest heights in the 1970s. Throughout these years the local schools and numerous former stalwarts continued to foster and promote Gaelic football in the parish.

Captain Tubridy Memorial Park, affectionately known as "The Cricket Field" is located 1 mile south of Kilrush, on the road to the Killimer car ferry.

A rare achievement of Kilrush Shamrocks was recorded in 1979 when the club won a fifth senior county title in a row. This feat owed much to the coaching ability of Raymond Clancy, coupled with a talented group of club players.

Former Kilrush captain Tommy Mangan is supposed to be the club's greatest ever player. Along with captaining The Shamrocks to numerous county titles, in 1953 he captained the Clare minors to a Munster Championship and an All-Ireland final appearance. Other Kilrush players on that team included Joe Carmody, P. O'Dea and P.Griffin.