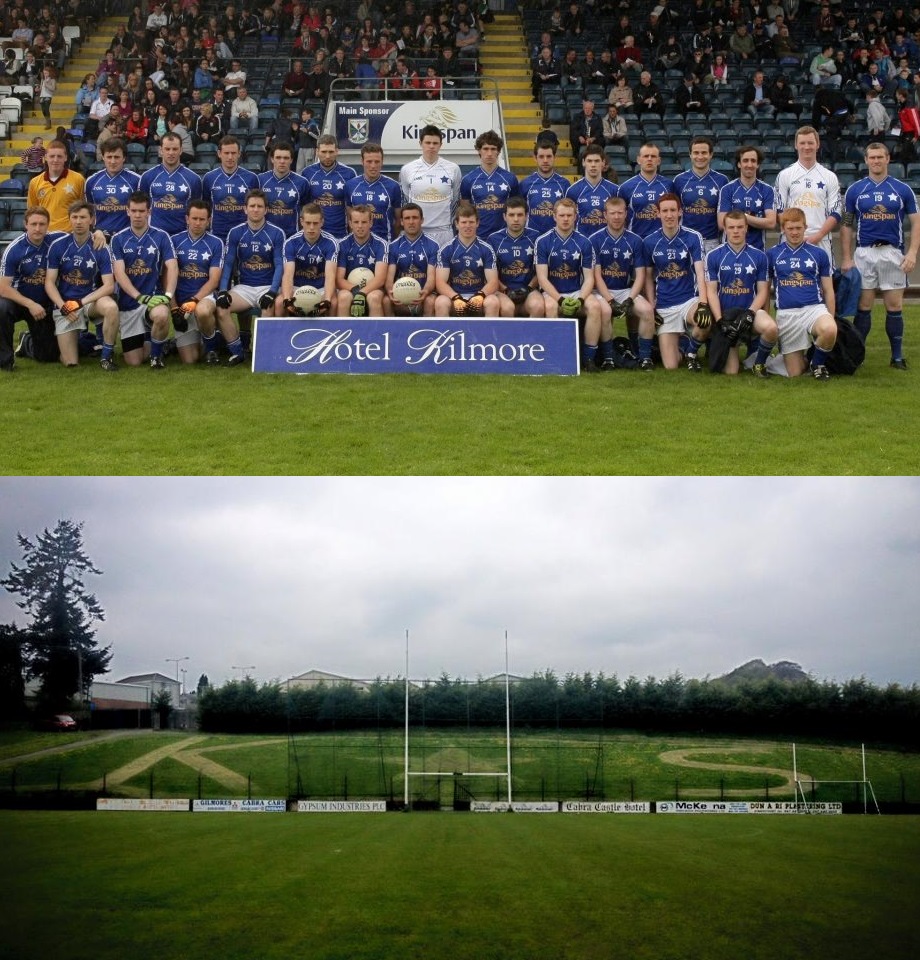 Founded in 1890, the club played their games in Carneys field on the Kells Road up to the early 50&#8242;s when the current grounds were developed into the natural amphitheatre you see today. During the early 80&#8242;s the club experienced great success on the playing field which created the need to extend the facilities to a higher level. In 1984, a ten phase development plan was undertaken, with current county board chairman, Phil Smith, and Sean Farrelly at the forefront of this ambitious project. This was completed in 2001.

While Kingscourt would now be regarded as one of the major clubs in the county, that was not always the case. Their first county championship victory came in 1921, with a 0-9 to 0-2 victory over Bruskey McDermotts in Virginia. However, despite great players such as PJ Gorman & Victor Sherlock donning the Stars in the intervening years, it was 1980 before they claimed their second crown.

That famous side, featuring the likes of Jim Reilly, Joe Dillon, Barry McArdle and Pat & Michael Faulkner, also reached 2 Ulster Senior Club finals in 1986 and 1990. However they were unable to capture that elusive title, losing to Burren & Lavey respectively, both of whom went on to capture the All-Ireland title on the following St. Patricks Day. However its the narrow defeat to Burren in Ballybay on a day so wet, to make recent summers feel like droughts, which will always linger as the one that got away.