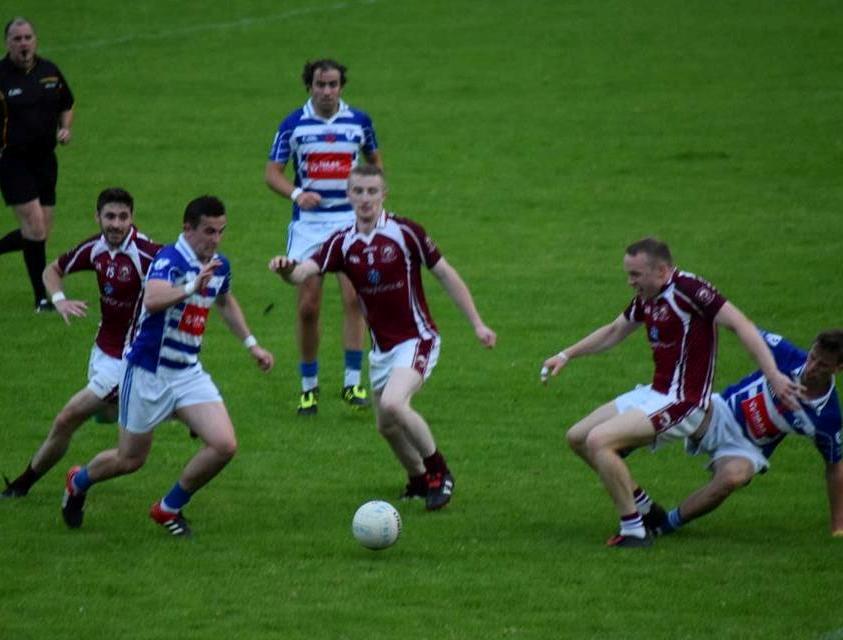 The Leixlip club was first affiliated to the Gaelic Athletic Association in 1887. Six years after their foundation St Mary's lost a replayed junior final to Paul Doyle's Maddenstown team. Leixlip's team led by Tom Farrell and Ned Malone were defeated in the 1924 Kildare junior final by Roseberry, won the Intermediate championship in 1929 and played two Leader Cup finals in 1937, beating Carbury in a replay in Kilcock, and 1940, losing to Carbury in Rathcoffey.

Matt Goff played on the Ireland Tailteann Games team of 1928 and won two All Ireland medals with Kildare. Andy Walsh was an inter-county goalkeeper in the 1930s. Kerry All Star Jack O'Shea played with Leixlip in the late 1980s and 1990s. Ronan Quinn and Enda Murphy represented Kildare, while Enda played for Ireland in International Rules Series. Tomas Moolick captained Kildare U21s to their 10th Leinster crown in April 2013.

Radley Park was re-opened on May 12, 1991 by the then President of the GAA, Mr. Peter Quinn. May 16, 2004 saw the culmination of years of endeavour by the members and the financial and moral support of the local community when the Minister of Finance and TD, Mr. Charlie McCreevy officiated at the opening the clubs new facilities.