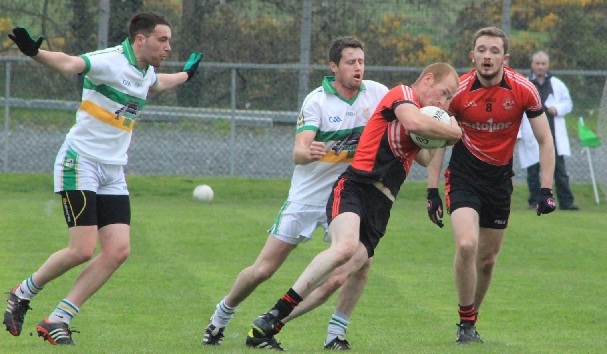 Liatroim Fontenoys, a small rural club in County Down, was founded in February 1888 and is the first GAA club established in the county. The McAleenan brothers from nearby Ballymaginaghy were working in Dublin during 1887. While there, they met Maurice Davin and Michael Cusack, early pioneers of the Gaelic Athletic Association. Around this time J.L. Savage, a native of nearby Backaderry, learned about Gaelic games. In 1888, Savage and the McAleenans founded Liatroim Fontenoys GAC.

In 1902, John Henry King of Newcastle helped revive the GAA after a period of decline. By 1905 they were firmly re-established when a new generation of footballers won their first County Championship and were undefeated in the league under captain Mick Keown. In 1921, the Fontenoys became the only Down club to win Senior County Championships in both hurling and football; a feat still unmatched. The club colours are green, white and yellow and they play at Fontenoy Park.