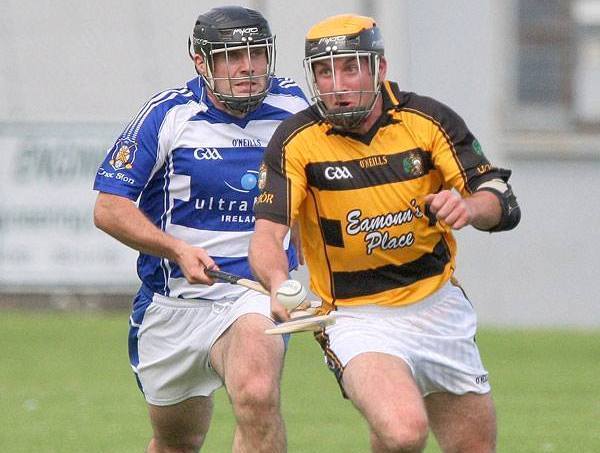 Lismore in possession versus Mount Sion

Lismore GAA is a Gaelic Athletic Association club based in Lismore, County Waterford. The club enters teams in both GAA codes each year, which includes two adult hurling teams and one adult Gaelic football team in the Waterford County Championships.

The club has won the County Senior Hurling Championship 3 times, 1925, 1991 and 1993. Since their last win, Lismore have contested numerous finals and semi finals.

2006 was one of the more successful years for Lismore GAA club. The Junior Hurling team won the County Junior Hurling Championship title beating Fenor of East Waterford in the Final. They beat local teams Ballysaggart, Tourin and Modeligo on their way to the final. This means that the Junior team is now eligible to play the next grade up in hurling in 2007, the Intermediate Championship.

2016 was also a brilliant year for the club, winning the Munster Intermediate hurling title against Kilmoyley.

The most famous players from the club are Dan and Maurice Shanahan. Dan was 2007 hurler of the year and he won three All Star awards. Maurice won an All Star in 2015.