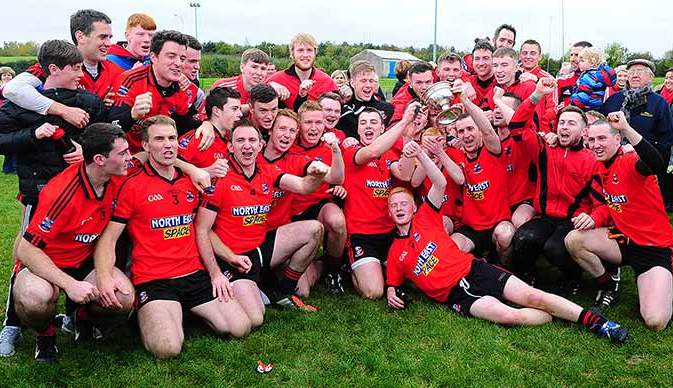 Mattock Rangers Club has been established with Gaelic games in Louth and beyond for the past sixty years. Founded in 1952 the Club in the village of Collon.

Club facilities located at the foot of the School Lane boasts a large clubhouse and a full sized pitch, with plans currently underway for a secondary pitch for training and juveniles with floodlights. There is also a training area in our full sized indoor court which teams can avail of in all weathers. The Clubhouse has a fully equipped gym, sauna room, kitchen, changing rooms and several meeting rooms.

Mattock Rangers had to wait until 2002 for their first senior county football title. Since then they have added three more titles to establish themselves as one of the powers of Louth football. In 2002 the club reached the Leinster club final but were beaten by Dunshaughlin of Meath.