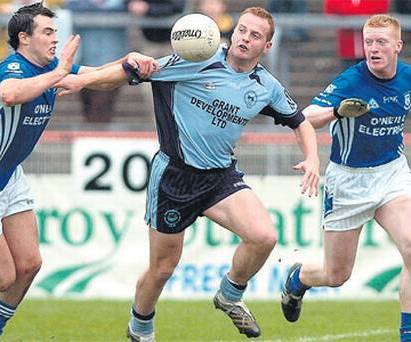 Mayobridge are one of the strongest teams in Down having won the senior title on 10 occasions. Eight of these victories came in a decade of dominance between 1999 and 2008.

The club has reached the Ulster club final twice. In 2001 they lost out to Ballinderry and in 2004 against Crossmaglen Rangers.

The clubs two most famous players of recent times are Mickey Linden and Benny Coulter. Both are acknowledged as two of the best forwards of their, or any generation.

Linden won two All Ireland's with Down in an inter-county career that spanned an incredible 21 years. He won an All Star and was also Texaco player of the year in 1994. Amazingly in 2013, Linden once came of the bench to score four points in a club match - at the age of 50.

Coulter won an Ulster Minor Championship Medal in 1999, and later that year won the All-Ireland Minor Football Championship with Down scoring 1-02 in the All Ireland Final. Down manager Pete McGrath selected Coulter to make his debut for the senior team that year, despite his youth. Coulter went on to score a record breaking 18 goals in Ulster football and he also won an All Star award in 2010.