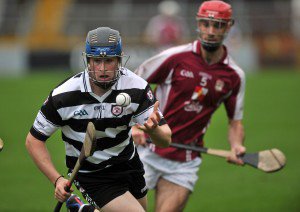 The club was founded in 1885. By winning the Cork senior hurling title in 1983 the club were rewarded with the captaincy of the Cork team for 1984, the centenary year of the Association, namely John Fenton. There were five other Midleton players on the Cork panel that year with Joe Desmond being chairman of the selection committee.

The highlight of the club's history came in 1988 when they won the hurling club All Ireland by defeating Athenry in the final.

The 1980s and early 90s were great years for the club but after the feast came some lean years. However, following tremendous work at street league level and in the schools success is starting to flow again. While the expanding population around the area will bring its own opportunities and problems the members of Midleton G.A.A. club are determined to keep the flag of the association flying proudly within the town and where ever the games of hurling and football will take them.

In 2013, Midleton won their first Cork Senior title in 22 years after a 2-15 to 2-13 win against Sarsfields, with Conor Lehane scoring 2-10 of his clubs total. Lehane was again to the fore in 2021, scoring 0-13, 5 from play against Glen Rovers. Ross O'Regan was another outstanding performer on the day.