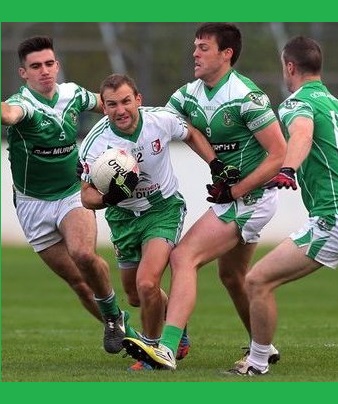 Newbridge based GAA club founded in 1884. Club colours are green and white. Prior to 2000 the club had only one county senior title to it's name - 1962, however Moorefield football re-emerged in the 1990s.

The glory days of Moorefield, and indeed Newbridge football rose to a higher plane in 2006, when The Moors beat Allenwood in the Kildare Senior Football Championship final, which lead on to a first Leinster Senior Club Football Championship victory for the town, beating Rhode of Offaly on a wind-swept Sunday in December in the aptly named O'Moore Park, County Laois. They were decisive victors, on a day that all present hoped would lead to a clear-cut rather than a marginal victory. It proved to be so, with a final score of 3 goals and 6 points (15 points) to 8 points for Rhode.

The club enjoys a particularly bittersweet rivalry with town neighbours Sarsfields, and as their respective fortunes rise and fall each side can be trusted to support the other, and indeed enjoy each other's fortune. In 2007 they won the Kildare Senior Football Championship for the second year running, beating Sarsfields.

In 2017 Moorefield won their second Leinster title, defeating St Lomans of Westmeath in the final.