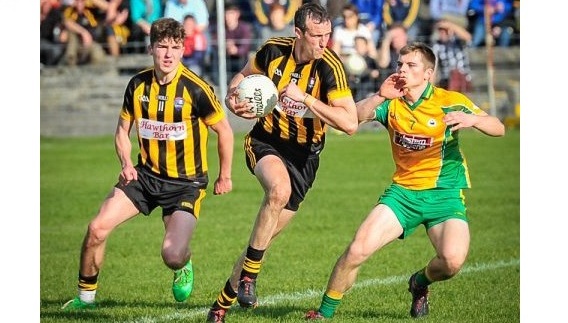 Joe Bergin in possession against Corofin

Founded in 1887, the club is a member of the Galway GAA. The club was formerly known as Mountbellew before amalgamating with Moylough. Club colours are black and amber. The club grounds in Pairc An Chreagain.

The senior footballers have five county titles to their name. They reached the finals in 2009, 2015, 2017, 2018 and 2020. They come up against Corofin on most of these finals at a time when Corofin were the best team in the entire country. Moycullen defeated them in the 2020 final, but they got up and went again and in 2021 added a fifth title.