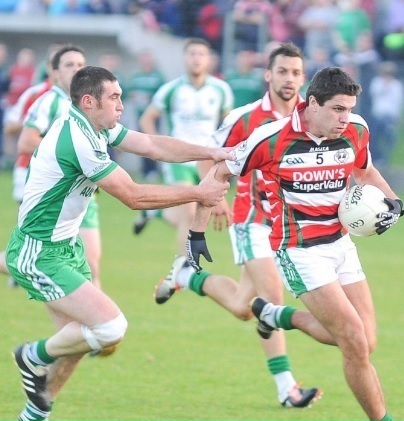 Muskerry GAA is a Gaelic football and Hurling division located in the middle region of County Cork. It is one of eight divisions of Cork GAA County Board. The division includes clubs from areas to the west of Cork city stretching to the county bounds with Kerry. Its name is derived from the ancient Gaelic kingdom of Múscraige which, following the Norman conquest, now encompasses the baronies of Muskerry West and Muskerry East. These baronies, or half-baronies, include towns such as Macroom, Ballincollig, and Ballingeary.

Muskerry GAA is bordered by Carrigdhoun GAA and Carbery GAA divisions to the south and by Duhallow GAA to the north. It organizes competitions for the clubs within the division, from "Under 12" up to the adult level. The winners of these competitions compete against other divisional champions to determine which club is the county champion. In addition, the division selects football and hurling teams from the adult teams playing at junior level or county intermediate level; these then compete for the Cork Senior Football Championship and Cork Senior Hurling Championship. The division was established in 1925.