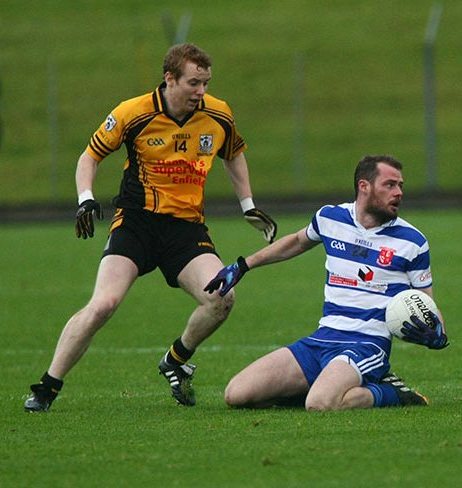 The formation of the existing Na Fianna club came about in January 2000 after discussions between the Baconstown and Enfield clubs in late 1999. Enfield had been fielding a Junior football team and a junior 'B' team in the league also. Baconstown were fielding a Junior football team and an Intermediate Hurling team having won the Junior Hurling Championship in 1996. Clann Na Gael was the underage football club in the parish at the time, and this catered for the underage footballers of Baconstown, Enfield and Rathmoylon. Underage hurlers in the parish played for Baconstown or Rathmoylon.

In 1999, the football teams from Baconstown and Enfield were competing in the Junior championship and that year Enfield had reached the quarter finals only to be beaten by Meath Hill. Both committees began negotiating with the intention of amalgamating the two clubs at adult level, something which already happened at underage level with Clann Na Gael. This seemed a logical move, as many of the adult players had already played on the same teams as each other at underage level with Clann Na Gael and in schools. It was agreed to call this new club 'Na Fianna', which was the same name the parish athletics club already used.

Under the historic new agreement, the two clubs joined forces at adult and underage level for football and Hurling. Clann Na Gael was disbanded and the underage teams too were now called Na Fianna. Rathmoylon also disbanded their Junior 'C 'football team and their footballers joined the Na Fianna ranks.

Club colours are yellow and black. Na Fianna CLG currently plays in the Meath Senior Football Championship after winning the Intermediate Championship in 2012. Na Fianna were championship finalists in 2013.