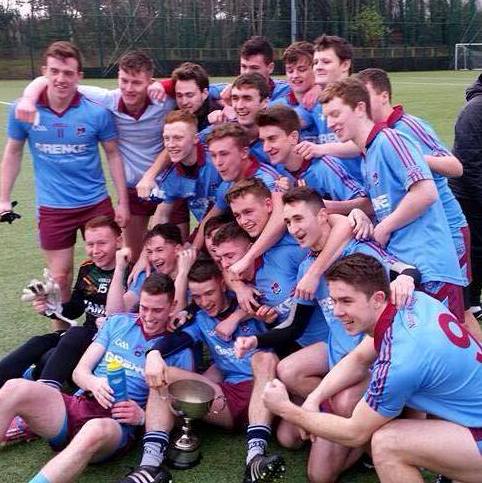 Naomh Ólaf is a Gaelic Athletic Association club which was founded in 1981 to provide facilities for encouraging the sporting abilities of the people of the developing parish of Balally in South County Dublin.

One of the schools in Balally had already been appropriately named St. Olafs because of its location in Balally which in old reference books is called Baile Mhic Amhlaoibh ( the town of the son of Olaf ). This Olaf is identified as Sitric Mac Amhlaoibh, Norse King of Dublin who founded Christ Church Cathedral in the 11th century. Claret and blue were chosen as the official colours. A club house was built and players were recruited from around the area, most of them coming from the local schools of St Olaf's, Gaelscoil Thaobh na Coille, St Benildus College, and St Tiernan's. In recent years more and more players are coming from the Leopardstown and Stepaside areas.

The club won the Dublin Intermediate Championship in 2013 and went on to represent Dublin before losing in a thrilling Leinster Semi-Final replay. The football teams compete in AFL3 and AFL9 and the AFL3 team just missed out on the promotion playoffs in 2015, after missing out on automatic promotion on the head to head result with local rivals Kilmacud Crokes.

As well as its sporting facilities, the club owns and operates a bar, a function room, and a large hall for training and other events. The club has three senior pitches and recently opened a floodlit all weather hurling wall. There is also a Naomh Ólaf club shop, which is open every Saturdays from 10.30 -12.