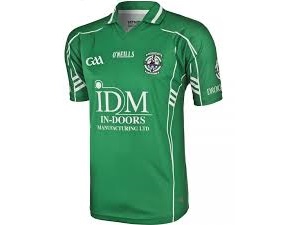 Gaelic games had been played on the western shores of Lough Neagh for decades before the founding of the club. Seán O'Leary's GAC Newbridge was established in 1925 and covered the Newbridge and Ballymaguigan areas, both in Ardtrea North parish. The American Army built Toome airfield during World War II. This effectively split the parish in two, making it very difficult for the Ballymaguigan-based players to travel to the pitch and a separate club, St Trea's GFC, was set up in Ballymaguigan in 1944.

O'Leary's won their most recent Senior Championship in 1989 and thereafter slipped down to Intermediate level. They won the Derry Intermediate Football Championship in 2002 and most recently in 2007. The club won Division 3 of the All-County League in 2008, and returned to competing at Senior level in 2009. Newbridge player Damian Barton was a member of Derry's 1993 All-Ireland winning team.