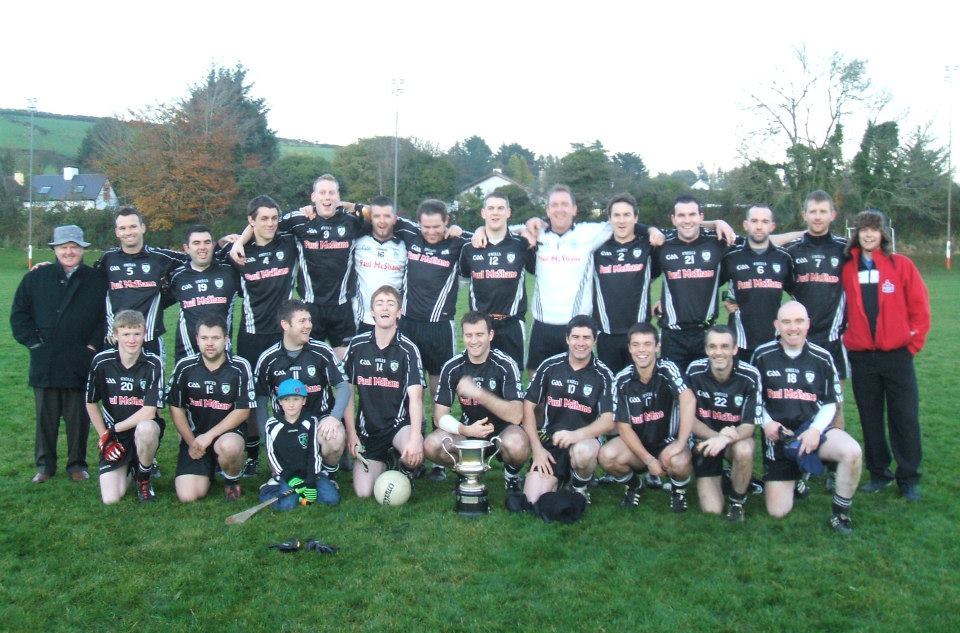 Newtown G.A.A Club was founded in 1887. For a time in these early years they were linked with Rathnew and Ashford, but by and large they were on their own. Kiltimon, very close to Newtown, was also very active in the early days, and will be noted in the list of clubs for 1886. Club colours are black with white trim.

The first mention of Newtown was found on the February 13th 1887 when they played Wicklow in Newtown. Newtown was beaten by Ashford 0-5 to 0-1 on the 8 of May 1887. At this point they were known as OConnells.

Newtown have won two Wicklow Senior Football Championships, the first in 1964 and the second in 1975.

The Newtown GAA Senior Football team is now sponsored by Paul McShane. The McShane family has a long standing connection to the club.