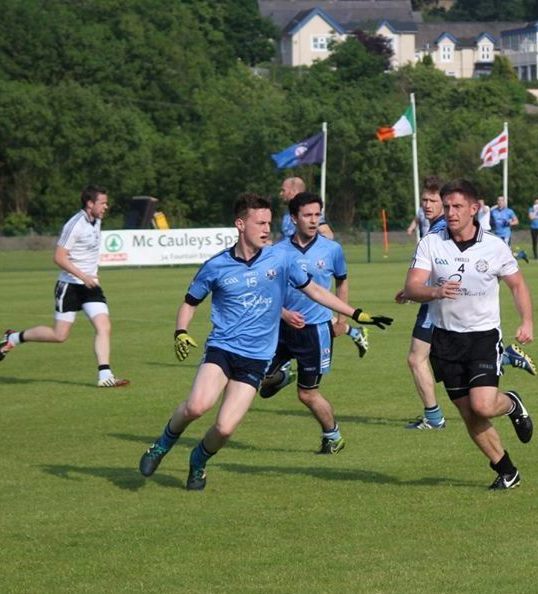 Gaelic Athletic Association club from Omagh, County Tyrone, founded in 1932. The club is part of the Drumragh civil parish. Their home ground is Healy Park.

GAA clubs existed in Drumragh parish during 1904-09 (including hurling and camogie), 1917-20 and intermittently in the 1920s. However, it wasn't until 1932 when the Omagh St. Enda's club was founded. The clubs first meeting took place on 28 February in St. Patrick's Hall opposite the Sacred Heart Church. Omagh contested the Tyrone Senior Football Championship final 4 times before finally winning the cup for the first time in 1948 beating Clogher Eire Og GAC 1-3 to 0-2.

In early 1962, Omagh St. Enda's club purchased 13 acres (53,000 m2) of land at Lisnelly located near the Gortin Road. By 1968 the club had raised enough money to start construction of the new stadium. The park was eventually opened on 17 September 1972 and was named Healy Park after Micheal Healy.

In 2005 Joe McMahon became the first Omagh man to lift the Sam Maguire Cup. In 2008 brothers Joe McMahon and Justin McMahon were part of the victorious All-Ireland Senior Football Championship team, with Joe claiming his second All-Ireland medal. Justin went on to win an All-Star for the full-back position in the same year, the first St. Enda's club man to achieve the award.