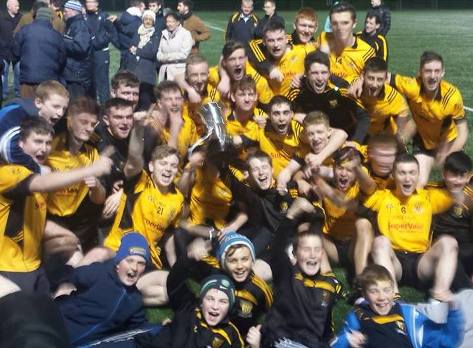 Following from this, a new sense of parish effort evolved. A well attended meeting in the Courthouse in Virginia in 1976, under the chairmanship of County Board Chairman, Paddy C Donoghue, saw the very large enthusiastic crowd from all corners of the parish favouring a more permanent alliance, namely Ramor United GFC, as a single parish club.

The name "Ramor United" was chosen as it represents Lough Ramor and its embodiment through the Parish, just like Ramor GFC would represent the parish as one entity. Ramor United soon built itself up as a force to be reckoned with within the county. Ramor United's kit consists of Amber jerseys with black trim, black shorts and black socks with amber trim.