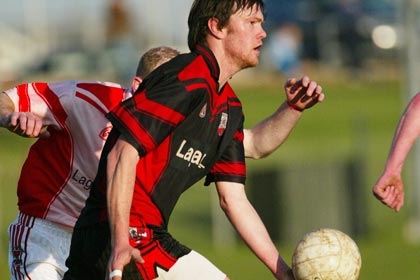 Rathkenny GFC is a Gaelic Athletic Association club based in the small village of Rathkenny, in County Meath. Club colours are black and red. The club takes part in Meath GAA competitions. The club have won 5 Meath Senior Football Championship titles. Rathkenny are currently competing at senior level, and have been since 2007.

The founder of the Association, Michael Cusack, inspired the establishment of the GAA in Meath. Cusack, during his term of office as Honorary Secretary from November 1884 to July 1886, made two trips to the Royal County in his endeavours to promote and organise new branches of the GAA for the purpose of reviving the old athletic pastimes of our forefathers. Rathkenny was founded in 1886, making it one of the oldest clubs in Meath.

Notable players from the club include Brian Meade, Donal Keogan and Donal Curtis.