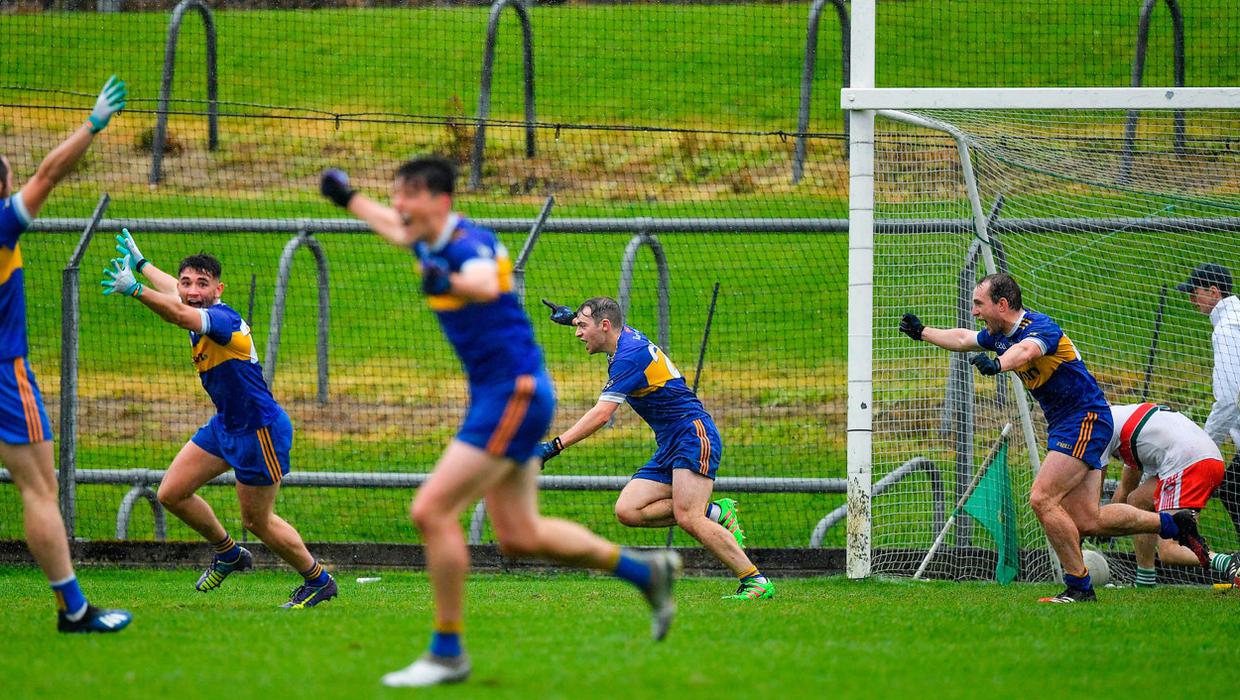 The football section of Ratoath was founded in 1956 and they took part in the Meath Junior Football Championship. A J.F.C. wasn't attained until 1970 however, when they beat Navan O'Mahonys second string in the final. J.F.C. finals were reached 1992 and 2003, losing to Gaeil Colmcille's second string and Wolfe Tones respectively (Wolfe Tones went on to win the All-Ireland Junior Title. 2004 was a monumental year for the club. A J.F.C. title was claimed when beating Dunsany in the final, and Ratoath also went on to claim provincial honours. The Leinster Junior Club Football Championship was won with a final victory over Kilclonfert of Offaly, however in the All-Ireland semi-final, they bowed out to Stewartstown Harps of Tyrone. Their time in the Intermediate ranks were short lived though and the club soon dropped down to Junior once more. Moynalvey defeated them in the J.F.C. final of 2008 but Ratoath made amends for this in 2012, when a youthful squad defeated local rivals Donaghmore/Ashbourne's second string 1-11 to 1-10.

After being beaten at the quarter final stage in the Senior Football Championship in 2017 and 2018, Ratoath, managed by Davy Byrne, went on to win their first ever senior football title in 2019 by beating Summerhill 3-15 to 2-13 in the final. Ratoath forward Joey Wallace was awarded the man of the match. Ratoath retained their senior football title in 2020 by beating Gaeil Colmcille in the final 1-14 to 1-13. Joey Wallace scored the winning goal in 9th minute of injury time and was awarded man of the match for the second year in a row.