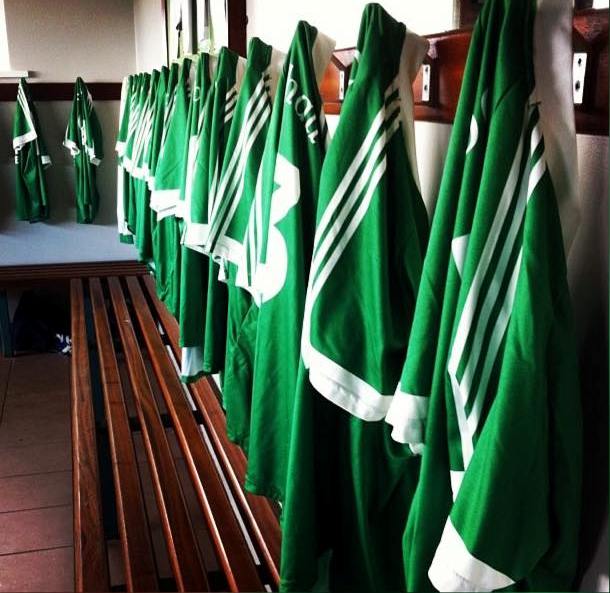 In 1949, following the appointment of Fr. Pettit as Curate of Saval, the creation of an all-parish team has become a landmark in the history of Saval. Saval became a fully affiliated club on 24th November 1949. Fr. Pettit had overseen the birth and weaning of the Saval Club; a name the Club has since carried proudly throughout Down. Saval began their footballing days as St. Colmans playing in green and gold &ndash; the Kerry colours, and John McCarthy field was the venue for Savals home games until November 1950.

The long search for suitable playing fields was finally resolved with the opening of Nan Sands Park in 1986. Local Councillor, Mrs Nan Sands, had done all in her power to persuade colleagues in the Council chamber to make the provision of playing facilities in Saval a priority, and they responded by buying land in Savalmore. This is the home ground of the Saval team today, who play in the club colours green and white.

The Saval Logo was created in September 1991 at the beginning of the Development project. The design symbolically encompasses The Crown Bridges and Clanrye River with Finnard Fourth in the background. There are ploughed fields, birds and a cottage which illustrate rural life. The bunch of raspberries in the foreground are a reminder that Saval Sports and Leisure Complex is built on land previously used to grow raspberries and strawberries for jam-making by the Fruitfield Company of Richill.