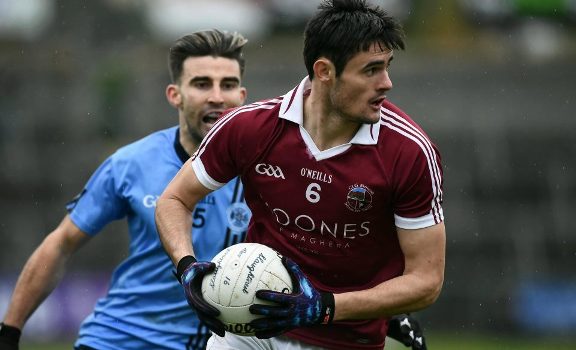 Founded in 1953, the club is a member of the Derry GAA and compete in Gaelic football, hurling and camogie. The club is named after Irish patriot and revolutionary Robert Emmet and play their home games at Emmet Park.

The club withdrew its football and hurling teams from the 1981 Derry Football Championship and Derry Hurling Championship in support of the 1981 Irish Hunger Strikers.

On 30 November 2014 Slaughtneil won their first Ulster Senior Club Football Championship, beating Omagh St Enda's by 1-10 to 1-9. They club won a second Ulster title in 2016 by defeating Kilcoo of Down in the final 0-12 to 0-09. In the All Ireland semi final a heroic performance by Chrissy McKaigue saw them beat favourites St Vincent's to reach the All Ireland final for the first time.