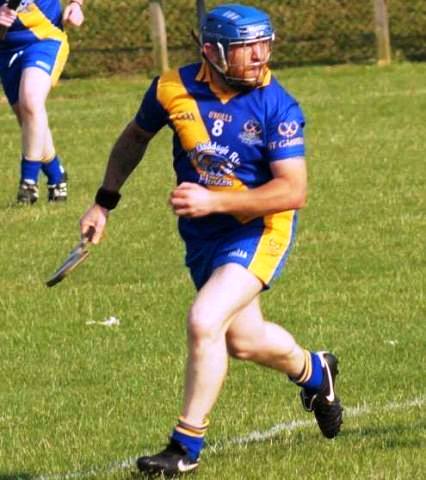 The St Gabriel's Hurling Club in London was founded in 1961 and has had an illustrious 55 years history. Over the past 55 years the club has had a huge impact on the London GAA landscape with players and officers representing London, and also by promoting the ideals of the Gaelic Athletic Association in the UK capital. The club crest sports the following slogan Ag Couthú Na hIomána o 1961', meaning Promoting Hurling since 1961'.

In February 2013 the club contested the All-Ireland Intermediate Club final in Croke Park, and although they did not win against a very strong Clara (Cill Chainnigh) side - who went on to win the Kilkenny senior title in 2013 - it was a great occasion for the club and an honour to play in an All-Ireland final at Croke Park.

In November 2013, the club added another London Senior Hurling Championship, bringing their total to 16 titles. This leaves St Gabriel's as the most successful hurling club in London's GAA history still active today. The club also won the Collins Cup and the Senior Hurling League in 2013 making 2013 a very memorable season for St Gabriels. In 2015, the clubs Intermediate team won the Intermediate Hurling Championship after defeating Fulham Irish in a very competitive final at Ruislip. St Gabriels retained the Senior League to complete a three in a row in the competition and contested the senior championship final losing out to Robert Emmetts on the day.

Two adult teams represent St Gabriels at Senior and Intermediate grades. They always welcome new players and can often assist in finding work and accommodation. If you are interested in joining the club please have a look through their official club website - http://www.stgabrielslondon.com/ for contact details.