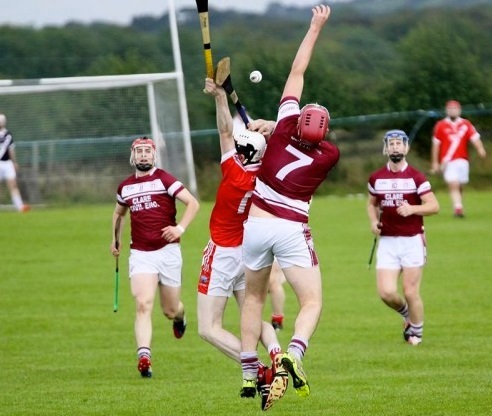 St. Josephs is a GAA club in the parish of Doora Barefield outside Ennis in County Clare. Founded in 1887, club colours are maroon and white.

Hurling was the more popular sport in Barefield over Gaelic football, now it's 50-50 between the both of them. There are two main playing fields, Gurteen and Roslevan. In Gurteen there are three full size hurling and football pitches. There is also changing and showering facilities there.

The clubs greatest achievement was winning the senior club hurling All Ireland in 1999 when the beat Rathnure of Wexford. Remarkably they also reached the final the following year but lost out to the great Athenry side.

Some of Clare GAA's greatest players have played for St Joseph's, many of which played with the iconic 1995 All Ireland winning team. Jamesie O'Connor, Seánie McMahon and Ollie Baker. All have won two All-Ireland Senior Championship medals, all have won multiple All Stars and Jamesie O'Connor won the GAA All Star Player Of The Year Award for 1997. Legendary Clare hurling manager Ger Loughnane once said of McMahon: "There are men, then there are men, then there's Sean McMahon".