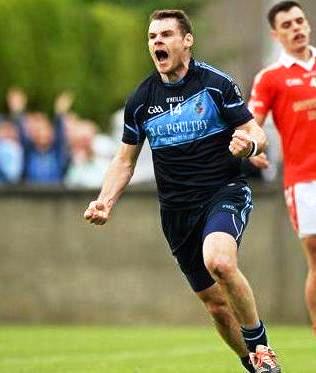 GAA club based in Templeogue on the southside of Dublin. The club fields teams in all four codes of the Gaelic Athletic Association Gaelic football, Hurling, Camogie and Ladies Football. Teams are fielded from Senior Grade right down to under eight level, the club also run a very popular academy which caters for children from four years of age to seven years of age and is open to all and free of charge.

It was a great era for Football in Dublin way back in the 1970s. Heffos army was on the march. There were those remarkable battles with Mick O'Dwyer's legendary team of bachelors wearing the green and gold jerseys of Kerry. In the city and surrounds it became the thing to wear the navy and sky blue of Dublin.

New parishes were sprouting up everywhere in the suburbs. One such parish was Willington in Templeogue and it too became embroiled in the football fever. Into this fever bed Bishop Galvin National School was born in 1975. There were 110 pupils in that opening year and the desire to play football and hurling was quite rampant among the kids. Internal leagues were introduced and these blossomed in the summer of 1977 into football being introduced into the Summer Project

It was on those balmy evenings at the Summer Project that St. Judes G.A.A. Club was conceived. The birth finally took place at a meeting held in Bishop Galvin School on the evening of July 18, 1978.